Just been informed that J.S. Randhawa [Rivaz 1963 batch] passed on in his sleep last night at his home in Chandigarh. Cremation today 2PM 21st Sept 2022 at Sector 25 Chandigarh. Randy had been battling a cancer for the past few years. Apparently had a massive cardiac arrest in the night.

DM Sud [Dinesh] had been to see Randy at his home just yesterday and had a pretty “normal”  conversation with him. 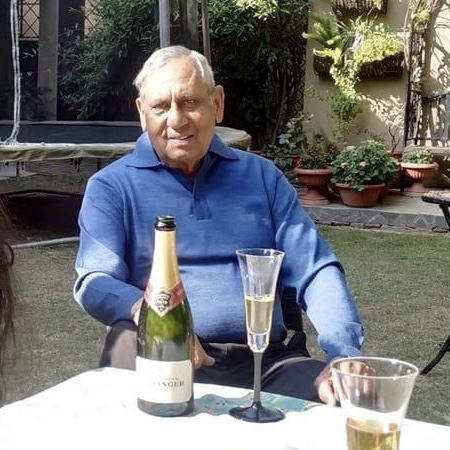 Our condolences to his friends and family.

This morning Badal called to inform me that Randy had passed away. The final cause was not the cancer but a cardiac arrest that took him away.

Post-School most of us interacted with him when he worked with The Oberoi and then he disappeared until he connected with so many of us again after a time gap.

Randy was an exceptionally warm, genuine and innocent person. No guile.  He made close friendships and then he had those very special relationships like the bonds that existed between him and Vijay Pawa and, in these last years of his life, with Badal. Temperamentally, there could be no people so poles apart and Badal sensed the warmth, the honesty and the affection in the man to offer him a special place in his life. Randy would often go up and stay with Badal in Kasauli resulting in one of the cottages on the estate being labelled as Randy’s Cottage.

Randy was earnest and this attribute shines through so easily in all his photographs. I picked out the Rivaz House pictures for the years of 1956 & 1958 (he joined in 1954 and left at the end of 1958) and when you look carefully you will discern that aspect of his character. He gave his heart out to a relationship that he loved and admired. Unfailing loyalty and undiminished sincerity.

He was great fun and I recall with great affection the short period when he, Vijay Pawa and I shared a room that housed just four boys in the first term of 1955. It was the room at the left entrance to the Linlithgow dormitory which was converted as a part of the Goss residence in later years. In that room Randy hid his well designed catapult and substantial collection of marbles, things that amuse little boys !!

The formal obituary notice issued by the family:

Messages condoling Randy’s passing away have poured in on different pages of the various WhatsApp group.

“JS Randhawa (Randy) passed on in his sleep at his home at Chandigarh last night. Just yesterday DM Sud (Dinesh) had dropped by to see him and they had a pretty normal conversation. Randy been fighting a cancer for years” Anil Advani

“All my growing years I would hear of this or that friend of my father’s having died and I wondered how he faced the news with such equanimity. He explained that leaves, flowers and fruit emerge then die… but others replace them and life goes on.

I guess all of us have entered the departure lounge, where we can rest a bit and entertain ourselves with memories of life well lived, while waiting for our names to be called.

We will miss a good man. Good bye, Randy.

Really Sad News .
Randy from School days to his hotel experience . Always very pleasant and soft . He kept in touch with me on FB for years and Badal used to update all of us . Randy introduced me to Manmohan Sher Gill in Sweden and we have been in touch . Our deepest Condolence to his Family . May he Rest in Peace – We shall always remember you .
Great to have such good friends – who have gone too soon 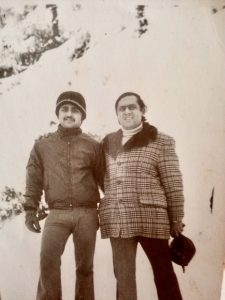 This community website links & brings together, globally, all Old Cottonians of Bishop Cotton School Simla, a bridge and platform for all OCA Chapters worldwide.

Please do not copy or download without permission. Thank you.